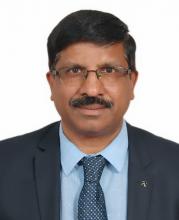 Served as Horticulture Commissioner, Department of Agriculture Cooperation & Farmers Welfare in the Ministry of Agriculture, and Government of India for four years and held the additional charge of Member secretaries of National Bee Board, National Committee on Plasticulture Applications in Horticulture (NCPAH), and CEO, National Centre for Cold-chain Development.

In his professional career developed and released 8 grape hybrids, 3 pomegranate hybrids, 1 strawberry, and 2 passion fruit hybrids some of them are popular in farmer’s fields. He Perfected technology for Soil-less culture and verti-grow system for strawberry for peri-urban horticulture. Published over 90 research articles in peer-reviewed national and international journals, over 30 popular articles, Technical bulletins, and book chapters. Guided over 20 MSc and Ph.D. students, Thought several post-graduate courses, and was invited / lead speaker at several national and international conferences/seminars. He himself organized several national and state conferences, farmer’s interaction meetings. The organized group of farmers to promote cultivation and export fruit crops like pomegranate, grapes, and mango. Being tech-savvy, introduced drone-based services at the Institute and to his credit, he has also developed mobile apps on crops like pomegranate and custard apple.

After his tenure in the Ministry, he has been repatriated to ICAR and he is presently working as Director, Indian Institute of Horticulture Research.