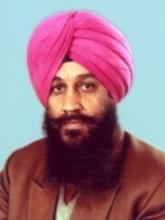 DR. AMRIK SINGH SIDHU born on 6th January, 1952, obtained his Ph.D from the Punjab Agricultural University, Ludhiana in 1988. He started his career as a Research Associate at Haryana Agricultural University, Hisar in 1976 and traversed almost all positions from Assistant Vegetable Breeder at PAU (1980) to Vegetable Breeder (1988) and Senior Vegetable Breeder (1992) to Associate Director of Research at PAU, Regional Research Station, Faridkot in 1999, Head, Department of Vegetable Crops, PAU, Ludhiana in 2003, Head, Division of Vegetable Science, IARI in 2006 and held the position of Director of Indian Institute of Horticultural Research, Bangalore from 9th February 2009 to 31st January 2014.

He has made a substantial contribution in research, teaching and extension activities. During more than 33 years of work on research and development of vegetable crops, especially in the field of vegetable breeding, he has been associated in the development of twenty three high yielding varieties and three F1 hybrids of 13 vegetable crops. His seven varieties have been identified at the national level. Variety Punjab Naroya and PRO-6 of Onion and Punjab Sada Bahar Baingan, Punjab Barsati, BH-1 and BH-2 of brinjal are still one of the best at national level. These varieties / hybrids have become quite popular with the vegetable growers. In addition to this his eight production recommendations have been included in package of practices. Kharif onion cultivation popularized among the onion growers and many farmers have taken this technology in a big way.

He is keenly involved in teaching of vegetable courses both at PAU and IARI and guided 9 post graduate students. Performed various extension activities and technology transfer programmes. Trained number of farmers for hybrid seed production and several farmers are producing hybrid seed / nursery on a commercial scale. Several awards have been won by the Department both at PAU and IARI under his leadership.